Research as a commons

In today’s community spotlight, we talk to Nami Sunami (he/him), maintainer of ResearchEquals! Who is Nami and what motivates him in his work? Let’s find out.
Nami Sunami, Chris Hartgerink
Jan 3, 2023 4 min read
In: Community

In today’s community spotlight, we talk to Nami Sunami (he/him). Nami is a maintainer of ResearchEquals and is author of over 110 proposed changes and bug reports to the project! Who is Nami and what motivates him in his work? Let’s find out by asking him a few questions.

Why do you contribute to ResearchEquals?

In 2019, I was at the University of Delaware as a PhD student in social psychology, looking for ways to make my research more open. I’d found many great initiatives inside academia (e.g., Open Science Framework and Society of Improvement of Psychological Science), but then one caught my eyes—Liberate Science.

Independent, outside academia, and still deeply targeting the problems in academia, from the outside-in.

A bit out there, but a totally fascinating and unexpected idea—like a shooting star coming outside my view. I found sparkles in my eyes, and I have not lost them since then. That has to do with my identity.

I did not follow a normal path in the education system. I’m originally from Japan where social norms of following expectations are prevalent. But, I dropped out of high school for many reasons. Since then, I’ve been trying to find a different way of making an impact in the place where people are not looking yet. That’s why I decided to study in the Philippines.

I studied psychology in Saint Louis University in Baguio City in the Philippines. This is where I felt the structural inequalities of accessing scientific knowledge. For example, the university library did not have electronic subscriptions to any of the psychology journals. There were paper copies, such as Journal of Personality and Social Psychology, but the issues were outdated by 10 or 20 years. I would guess these were donated by someone. It felt very unjust that the current system requires people to pay for access. I took that feeling of injustice into the next stages of my career.

After finishing undergrad I went back to Japan for a brief moment, but I wanted to study in the United States (US) at that time. I decided to go to a terminal master’s program at Western Illinois University. My mentor and program taught me how to do psychology research and I really had fun. After that, I went to a social psychology PhD program at the University of Delaware. This is where I learned about the open science movement and the power structures and inequalities associated with it.

All of these, all of my previous experiences, add up for me to keep working on ResearchEquals and LibScie. In my undergrad, I learned how the scientific system can be unjust, undermining freedom of information. In my graduate careers, I learned the challenges of making a change within a system.

That’s when I learned about LibScie—and I saw hope. It’s outside of the power structures. It’s targeting the program that I care about: Freedom of knowledge and information. I’m still super excited about this and that’s why i contribute to R=.

Looking back, do the power structures in different countries resemble each other? Would you change research in a similar way in the US as in the Philippines?

In my experience, the ways research is conducted in the US and in the Philippines are really different from each other.

My undergraduate institution was a major regional university and the psychology program offered master’s programs. But even then our department did not have a research-focused lab or Principal Investigators (PIs). The research conducted there is often led by students—for undergraduate classes or for master’s theses. The lack of funding for research was an issue too—I remember standing in front of the main entrance of the University recruiting participants without pay (or compensation with snacks).

The contrast of the Philippines with the US setting may be that supervisors there were concerned about teaching procedures and methods—and less concerned about generating new and interesting findings, which a lot of USA researchers are incentivised to do. I remember we were doing replications of the Stroop Effect, which worked, while the replications did not work so much for the Mozart Effect. I wish we had some incentives to put these findings out in public.

In the US, we have a lot of structural pressure and incentives to communicate new and interesting findings, less on replicating things. This is where I learned a phrase, “Beat the data until it tells you something”. I think this saying highlights the pressure to show something new.

So, no, I don’t think implementing the same solution to the US and the Philippines would work.

Is there something that’s surprising you recently, about research or the world in general? Something that came into view unexpectedly that is having an impact on you?

I’m surprised by the speed in which new technological solutions are invented with the goal of helping researchers. There are some Artificial Intelligence (AI) tools that can summarise research papers. I am both excited and concerned.

I’m excited that we may be accelerating the space where we allow ourselves to make changes in science from outside of academia—in an outside-in manner. This is important to me since we can let people who were excluded from research to have power, and together we can all advance knowledge.

That’s a super interesting point! Finally, what would you like for 2023 to bring to the ResearchEquals community?

I’m hoping that the ResearchEquals community will become sustainable. We are in a long-game to change a big flow. Change takes time. I hope we grow our community together, suggest creative solutions to each other, and keep the wheel of ResearchEquals moving! 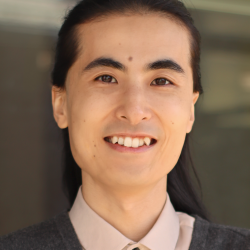 Researcher and director at Liberate Science.
View all posts
Comments

Interested in working with us? We provide ample ways to explore options, or get to work immediately!